The Programmable Virtual Private Cloud (PVPC) is a programmable distributed overlay network and one central method of onboarding large number of devices is through onboarding a private Access Point Name (APN) or Data Network Name (DNN) in pre- and post-5G speak respectively. This document will use the term APN universally, but both the term is interchangeable.

APNs are onboarded onto one of our many Regional Sites based on latency requirements and access to carrier networks.

APN integration relies on the methods in the ETSI standard TS 129 061 - Interworking between the Public Land Mobile Network (PLMN) supporting packet based services and Packet Data Networks (PDN) which can be found here.

The following definitions are set out and used in this document:

The overview of the architecture is as follows: 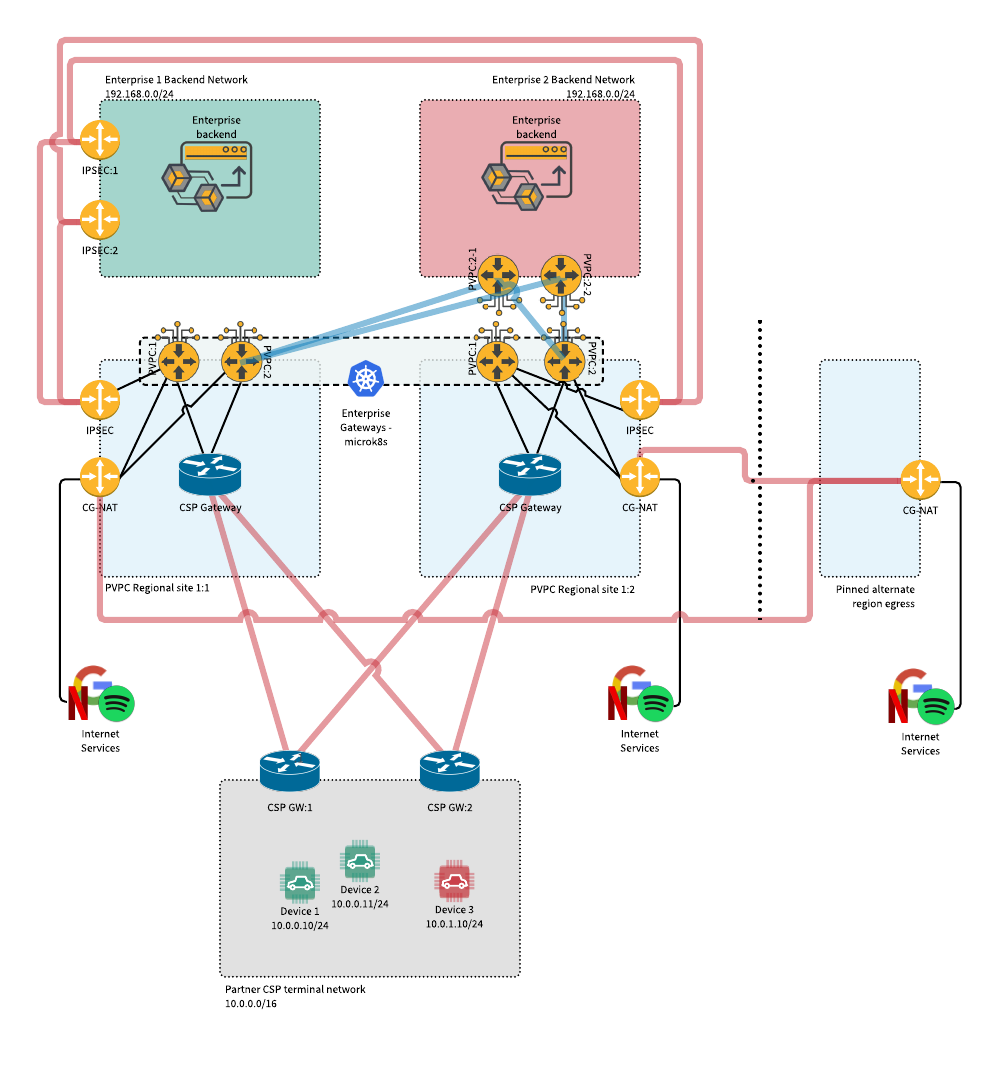 Onboarding of an APN is a service request (not done through the API) in which the Lolo operations team establishes an IPSec VPN to the Connectivity Service Provider's (CSP) PGW - typically along with RADIUS integration, however other protocols such as Diameter are supported. Once an APN is terminated in the CSP Gateways, the traffic and devices attached to these networks now becomes manageable using the PVPC API.

The following parameters are typically exchanged as part of the IPSec Integration:
Tunnel MTU

A number of additional RADIUS attributed as defined in TS 129 061 are specified.